NEW DELHI: Consumers fishing online for juicy deals may be in for a shock, as the government is mulling tightening the noose around “deep discounting”, a practice to lower prices on e-commerce platforms like Amazon and Flipkart.

The draft e-commerce policy, shared with stakeholders on Monday for consultations, has proposed that such pricing policy be stopped from a specified date to regulate the sector. The policy, the first of its kind for the booming segment, has proposed legislation that will also cover food delivery sites such as Swiggy and Zomato, online service aggregators like UrbanClap as well as platforms offering financial and payment products such as Paytm and Policybazaar. 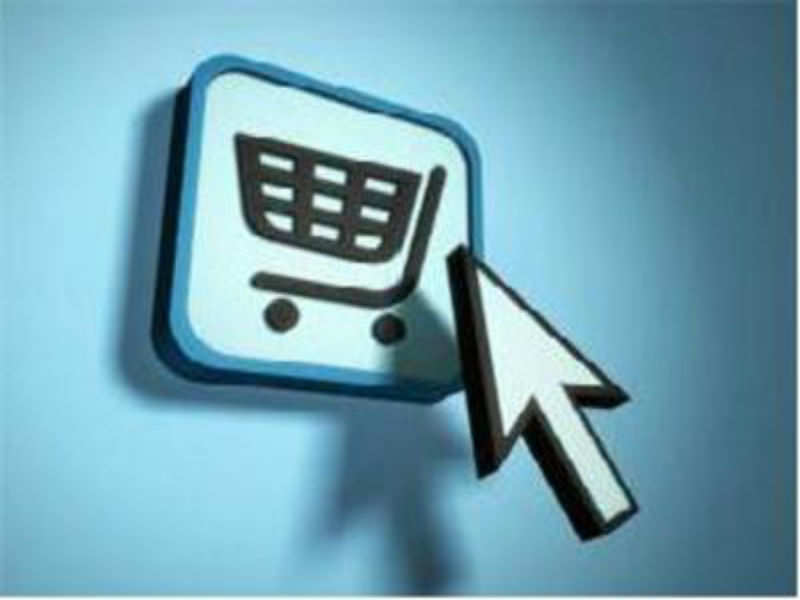 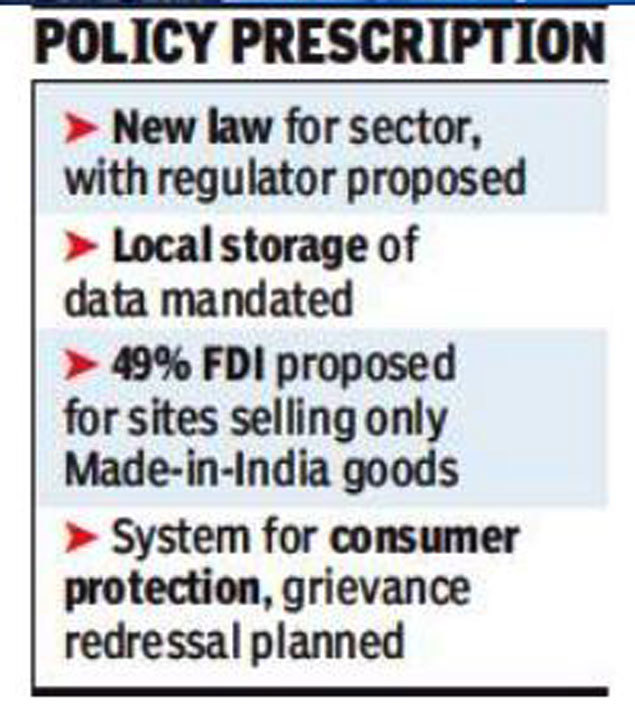 The plan is to include multiple aspects in the legislation —

from consumer protection and grievance redressal
+ to ownership, FDI, local storage of data, protecting micro, small and medium enterprises and mergers and acquisitions. The draft, which will undergo a revision before public consultations, has also suggested appointing a regulator for the sector. The Indian e-commerce market is estimated to be worth around $25 billion and is projected to touch $200 billion in a decade.

The intense activity in the sector has prompted global investors such as Softbank, Walmart, Alibaba, Tiger Global and Tencent to invest in Indian e-commerce outfits, driving up valuations. The grievance redressal mechanism will also regulate companies that have their own e-commerce platforms. A special policy is also envisaged for companies set up by Indians and selling 100% made-in-India goods. Unlike the current regime where e-commerce is done through a “marketplace” or a platform where others sell, the new dispensation will allow an “inventory-based” model where the companies will be directly selling to consumers with up to 49% FDI allowed in this segment.

A key element of the draft policy that will affect consumers is the plan to check discounts, something that offline retail lobbies have been pitching for. While the e-commerce companies officially say that sellers offer discounts and not the online marketplaces, executives acknowledged that there was an element of discounts, which resulted in the massive cash infusion to sustain the operations.

“This will definitely impact our business, as the basic tenets of e-commerce business — such as not spending on physical infrastructure — enables us to pass on the cost savings to our consumers in the form of discounts,” said an executive at one of the largest e-commerce companies.

To tighten loopholes around sellers and brands, the draft policy has suggested that discount curbs will not be limited only to the marketplace, such as Amazon and Flipkart, but would extend to group companies. The government suspects that many of the sellers on these platforms have indirect shareholding from the marketplace operators. Further, the deep discounts would include checks on differential pricing, which will restrict brands from offering two sets of prices for the same product sold offline and online.

While the rules are meant to regulate the unregulated business, implementation is seen to be difficult and many believe that the move would impact consumers, who have thronged e-commerce platforms hunting for deep discounts on everything ranging from books and mobile phones to T-shirts, TV sets and air-conditioners.